https://www.hs-heilbronn.de/de/bs/fachkonferenzTheir contribution of the speaker Jörg Zintl - Topic: Scent differentiation in detection dog training.About Jörg Zintl: He is a trainer in customs dog training, at the General CustomsDirectorate, Directorate IX, in Neuendettelsau.Prior to my publication, I contacted Mr. Zintl and informed him that I would like to write a blog post about his presentation at the professional conference.This resulted in a constructive exchange of views via email.Mr. Zintl advised me that both his talk, and his correspondence with me, were solely as a private individual. He explicitly did not speak for the General Customs Directorate or the Customs Dog School, nor in his capacity as a customs dog trainer. Accordingly, his remarks are not official statements of the agencies and represent only his personal views.His presentation at the conference was made at his own expense and without official assignment.As to the content of his presentation:I was a participant in this conference, sat in the audience and was naturally interested in this contribution.Jörg Zintl explained the practical training of sniffer dogs and how they are trained in the context of odor differentiation.He said that there are two possibilities:1. Training on a scent complex
or
2. The training on an odor component 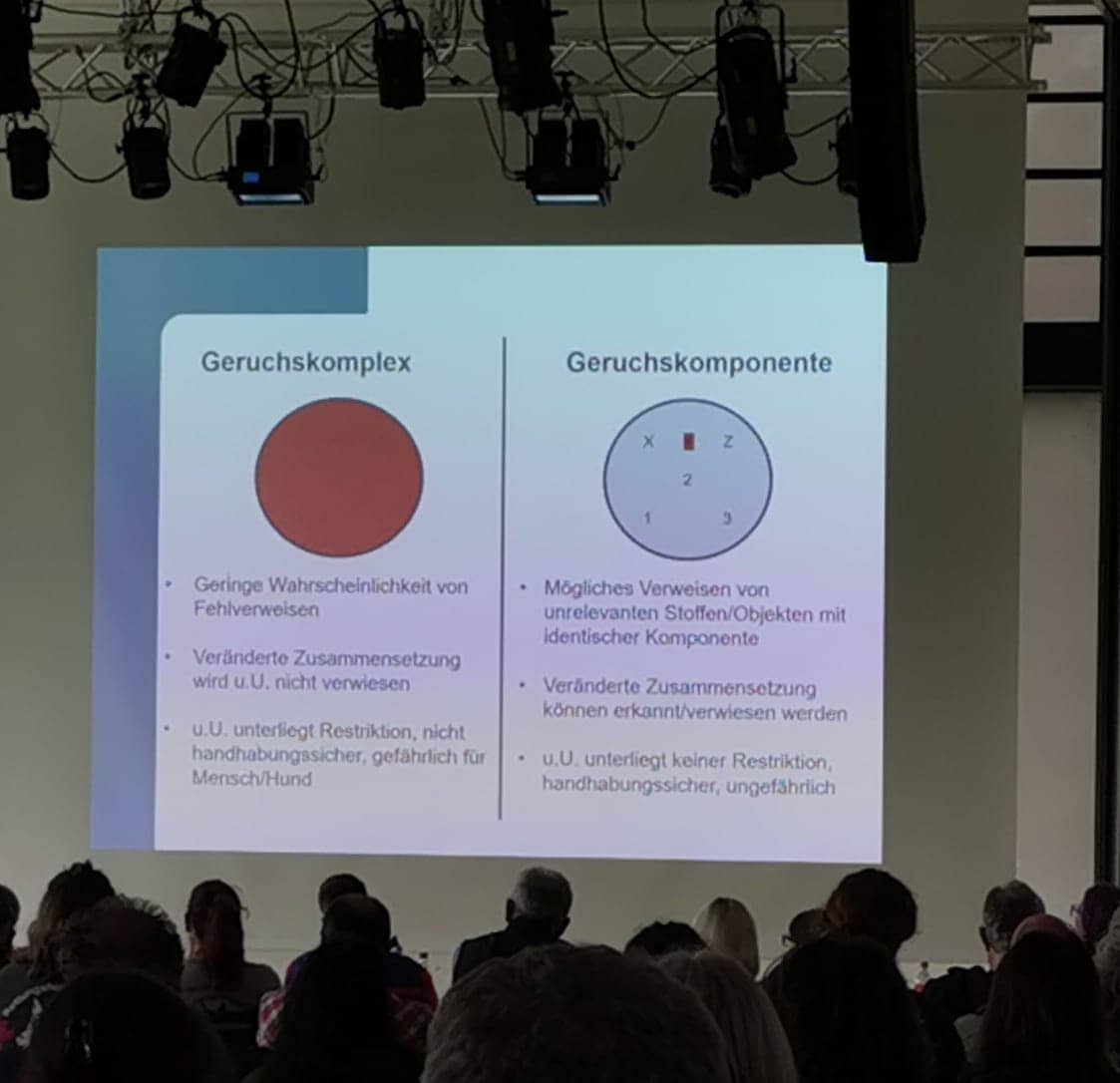